Tristine Rainer is a recognized expert on diary and memoir writing and the author of two renowned classics on autobiographic writing continuously in print: The New Diary (with a preface by Anaïs Nin) and Your Life as Story.

Her mentor Anais Nin wrote the preface to Tristine’s first book The New Diary, calling it revolutionary. Published the year of Nin’s death, 1977, The New Diary popularized contemporary journal writing and created its lexicon. According to Amazon, after hundreds of offshoot books on journaling, thirty-eight years later it is still the bestselling book on journal writing.

In the 1970’s Rainer taught literature and writing in the English departments at UCLA and Indiana University, co-founded the Women’s Studies Program at UCLA, and created that university’s first Women’s Lit courses. Shortly after the publication of The New Diary, she threw caution to the wind and pursued a dream that had been rooting in her – to become an academy award winning feature director! That didn’t happen. She did become a development exec and a writer/​producer of award winning movies for television: Games Mother Never Taught You (CBS, Loretta Swit, Sam Waterston), Having it All (ABC, Dyan Cannon) Secrets of a Married Man (NBC, William Shatner, Cybill Sheppard) and Forbidden Nights (CBS, Melissa Gilbert). It wasn’t the same thing.

In the trenches, though, she gained experiential knowledge in shaping true-life stories for a wide audience. A new goal emerged – to teach others how to see and share the universals of story structure within their unique life events. In 1997 she published Your Life as Story: Discovering the New Autobiography and Writing Memoir as Literature (Tarcher/​Penguin-Random.) The book anticipated the rise of contemporary memoir writing, and Tristine returned to lecturing and university teaching, at University of Hawaii and for eleven years as a faculty member in the Masters of Professional Writing Program at USC. Privately, Tristine has coached many authors to publication, including New York Times bestseller and MacArthur genius award winner Elyn Saks, The Center Will Not Hold (Hyperion, 2007). As founder and Director of the Center for Autobiographic Studies, a 501 C3 since 1997, Rainer promotes the creation and preservation of autobiographic works, teaches, lectures and consults. 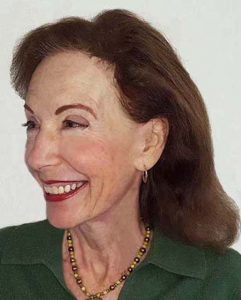 Find Tristine on the Web: